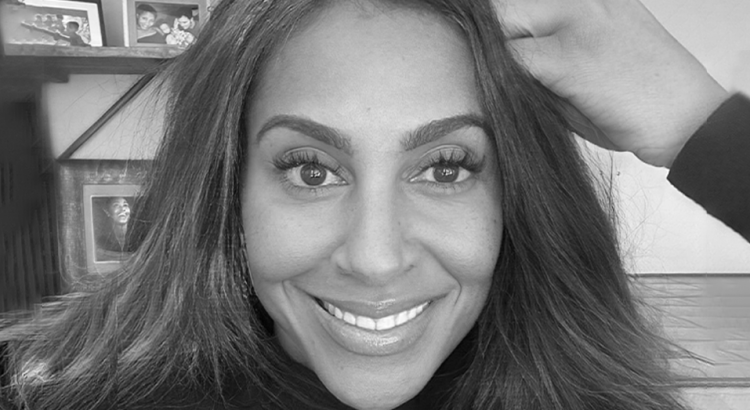 When Hope started her career in the creative market, she had already imagined herself creating change in the industry. And that’s how Adolescent Content was born. Founded in 2013 by Hope Farley and Ramaa Mosley, Adolescent has a network for 5000+ creatives in 20 different countries that work on research/insights, creative strategy, content production and media distribution. They represent and nurture young talent; functioning as a traditional ad agency, production company as well as a think tank for brands and advertising agencies. All the content in the digital platform is made for GenZ by GenZ.

In this month’s Features Story we spoke with Hope about female leadership and diversity in the creative market, and accomplishments and challenges for equality.

Q:  Hope, when you began your career, did you ever imagine that you would have a leadership role in the creative market?

A: When I began my career, I imagined myself creating change in the industry; I’m not sure I was very focused on leadership. Nor did I understand the responsibilities that come with leadership. I’ve always tended to really be interested in pushing boundaries, pushing ideas, pushing people. So, my personality lends itself well to the role I have today.

Q: What do you identify as the external barriers women face to progressing as leaders in this area?

A: I’m a glass half full type of person, so I’m hesitant to think of things as barriers. Certainly, women face some unique challenges when it comes to progressing as leaders in the industry. When I was “coming up” in the business, you rarely saw women who had families in leadership roles. The women who were above the line were able to do more because they didn’t have to toe that line between family and work life. As a mom, I’ve struggled to work like I wasn’t a mom and mother like I’m not a business leader. Men haven’t traditionally been expected to occupy both of those positions and excel there. Of course this has been the case since the women’s liberation movement and has always been a bit of a barrier to entry for women generally.

Other challenges are negative perceptions of women as leaders and a lack of access to the “boy’s club” which is still a thing. All of this considered, though, women are finally starting to make headway. I think we are in a time of change. More and more we are seeing women in leadership positions, and we’re seeing them doing it on their own terms.

Q: Tell us how the idea of creating Adolescent came about and how can Adolescent help brands?

A:. Adolescent was really born out of the idea of mentorship and parity in the industry. I began my career as a Line Producer for commercials and music videos, and I met my business partner Ramaa Mosley when the company representing her hired me to produce a commercial for her. As two women, we were an anomaly in the industry. You saw very few women in power when we came up in the business. Ramaa grew up underprivileged and began her career as a teen director. I grew up as the only African American in a small, suburban, white community. My partner had a passion for mentoring young people as she had been mentored. I had a passion for bringing people together from different backgrounds; because I learned how exposure could truly bridge gaps growing up. When Ramaa came to me with the idea for a youth focused ad agency, I was all in. We put our forces together, and Adolescent was born; a media company, Ad agency and production company built on the principles of mentorship, diversity, inclusion, and authentic storytelling as a bridge between people. Black and white. Young and old. From this place, we asked the question, what would happen if we handed the camera to kids? Would brands and agencies buy it? They did.

The way Adolescent helps brands is by leveraging a brand’s  values to reach GenZ authentically. In our recent Insights Report, Why GenZ had you on Read, we talk about how immune to selling this generation is. We help brands get out of talking at GenZ and into talking with GenZ. Actually, we get brands listening to GenZ to help inform their strategy.

Adolescent is a GenZ ad agency that has a production company and digital platform. As I mentioned earlier, our company is female and minority-owned. Our directors and photographers are 85% female (female-identifying), people of color, or LGBTQ – all GenZ between the ages of 11-26 years old.

So we ARE GenZ. Truly what we did that was special is that we broke the mold of having old, white men selling at a diverse and young consumer. Instead, we have Gen Z talking to Gen Z.

Q: Do you think Gen Z is closer to achieving this equality we talked about?

A: I do believe Gen Z is closer to achieving equality. As a generation,they are a more diverse generation than  millennials with nearly half of them non white. So just from that perspective you are getting a more diverse consumer demanding representation. They are also dogged in their determination and willing to walk away from brands and peers who aren’t committed to equality. And equality isn’t just about race; it’s about gender, it’s about sexuality, it’s about economic status. They see through words and look towards what people are really doing. Additionally, they have money to spend. Per a recent article in Rolling Stone, Gen z holds roughly $143 billion in spending power and that’s only growing. A Bloomberg report suggests their earnings will reach $2trillion by 2030.

Q: How can agencies and the creative market press for systemic changes for a more equitable future? What strategies can work well to promote inclusion in the workplace?

A: Agencies and the creative industry can press for systemic change by insisting on diversity across all hires and all steps of projects. Not just with creators but in leadership. It means people have to be willing to have uncomfortable conversations and to challenge one another. At Adolescent we are committed to challenging old ways of thinking and doing business. When we are approached by clients to work on projects we look at the teams and we insist on diversity, or we don’t take the project. For us, it’s critical because our company was founded on these principles.

There are a lot of fantastic programs that promote diversity and inclusion on the production level. Programs like Double the Line where roles on projects are doubled so that you have two people working in key roles on jobs; one who might always get projects with a person who has historically had less access. This is a way to get diversity in the industry and to allow members of underrepresented areas access to unions. It’s a wonderful project. Other programs like Streetlights seek to do the same thing.

Q: What advice would you give to young people entering this market?

A:The advice I would give to young people entering the market is to stay true to your values and bring your authentic self to the rooms you inhabit. There is a lot of noise and it can be tempting to fit yourself to the room. Don’t do that… My advice is to let the room adapt to you.

In addition to the things above, I would say to take every opportunity to work on your craft and build a body of work. Network, look for internships, get a mentor, be a mentor and build your portfolio or website as soon as you can.