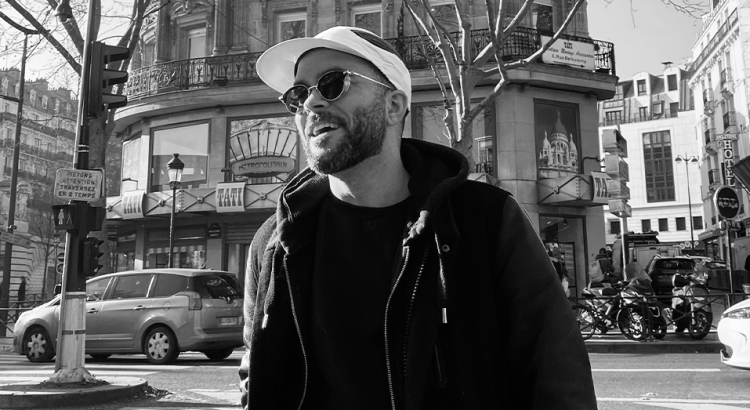 When Rudah Ribeiro – a creative strategist based in New York – confided to a few close friends that he was thinking about quitting his job a Nike (which, by the way, many would consider a dream job) they thought it was an insane idea.

His duties at the American giant spanned South Korea, Mexico and Brazil, and mostly New York, which for over four years he was tasked with connecting with local cultures and overseeing projects that most people would dub cultural marketing.

In early 2020 Rudah took a leap of faith and founded GOMA, a global multidisciplinary creative studio “at the crossroad of culture” – according to his own words – aiming to help brands connect with local cultures.

In this month’s Features Story we spoke with Rudah about what GOMA brings to the table, culture, creativity and much more.

Q:  Rudah, can you briefly tell us about you background?

A: I am from the central side area of Rio de Janeiro, which is one of the cultural epicenters of the city. I grew up in the 90’s, which were very intense times. We had an exploding Baile Funk scene, a thriving underground scene happening, Samba has always been all over but also a peak of urban violence, social disparity and world happenings that were catapulted there. I come from a family of journalists, both of my parents are photojournalists, so that influenced a lot on the way I navigate through different sub-cultures, my passion for visual arts, a strong sense of curiosity and specially how I find comfort out of my comfort zone. Professionally I started as a radio DJ at a community radio which became super important for the local musical scene and eventually went into working as assistant manager for artists in Rio. I had learned English by listening to Rap albums and watching movies, and in 2004 I decided to move to Los Angeles, in a way to expand my opportunities. There I worked as any other immigrants in many jobs, specially in restaurants but kept my connections with the music industry, in both Brazil and the US. Eventually I returned to be fully committed to music work, by booking artists concerts and DJ gigs, placing songs at video games soundtracks, and managing artists. I booked gigs for artists such as Questlove and Erykah Badu, did marketing consultation for Snoop Dogg, placed songs at FIFA video game for Emicida, Baiana System among others and managed the career of Brazilian artist Karol Conka.

Q: What was your role at Nike and how did it help you shape GOMA?

A: Nike hired me in 2015 to oversee what they back then called NRG Mktg, which consisted in making sure the Nike brand was connected and moving along with cultural makers and cultural segments such as arts, music, gastronomy, dance,… and their intersection with sports. First I oversaw NRG Mktg for the Emerging markets territory with a focus in South Korea, Mexico and Brazil, and eventually I was promoted to NYC, where my task was to connect Nike with the folks leading culture there, to create campaigns led by NYC’s culture and tap into the natural intersection with the city’s sports. As I came from the music industry, I was pretty “green” when I started at Nike, so the brand gave me an incredible perspective of how to best sell an idea, internally and externally, and a full scope knowledge of the branding industry. These were learnings I took when I build GOMA, among also the perception of the brand industry’s holes in regards of cultural work, which I perceived as opportunities.

Q: You’ve once told me a story about your field trips to Korea for Nike. What struck me was that you didn’t use to notify Korean executives you were in town because your goal was to immerse yourself into the Korean street culture instead of attending business meetings. So. tell us about your method.

Yeah, all the Nike business trips back then consisted pretty much to stay 3 days in Seoul, at fancy hotels, visit stores and have meetings at their local office, which for me made no sense if the brand wanted me to connect them with the local youth culture. So instead I negotiated less budget but more time, and rented apartments in the culturally influential neighborhoods of Seoul, I had my Korean friends from LA connecting me with Seoul’s creative scene, and specially allowed myself to immerse in that society, by living the day to day life there mingling with the everyday people. I enrolled in classes at Hongik university, without speaking any Korean, but watching the dynamics between the students, the professors, establishing a relationship with them, also going to local bars and restaurants, markets, shopping for basic needs, making friends, and at the same time connecting myself with the folks moving Seoul’s scene, such as Kpop artists and managers, DJs, architects, video game programmers, venue owners. All of that gave me a very rich body of insights to put together a strategy for Nike to reshape its cultural approach in South Korea.

Q: Do you think global brands have a hard time grasping what local cultures are really all about?

A: They have a very hard time because of their structural model. They usually hire people that come from a traditional route of spending years at university, then agencies or other brands until they get that prime job at major brands. That is super important for many roles at these companies, but when it comes to culture it goes a much longer way than been “connected”. Brands hardly hire people that are from it, and that translates often in superficial work. The interesting aspect of this is that many brands, specially youth driven ones such as Nike, Red Bull and Adidas, have most of their branding made by the youth in the streets. So I think is essential for them to instead of hiring great resume folks, deep dive into their consumer mindsets and cultures and hire within. But not hire the ones that feel comfortable which tend to be “Americanized” and driven by hype instead of culture. Brands need to get out of this comfort zone and understand the local nuances of each of their territories and acknowledge that a local star is way more popular than any Kanye West or Drake there, and each place have their own version of style and identity. They need marketers that get that.

Q: What can GOMA do for brands and at what stage of the creative process can GOMA help the most?

A: Our structure at GOMA is quite different from what we usually see at the market. We have a strata of consultants in countries around the world from super diverse cultural mindsets, which we bring to collaborate per project. And we don’t limit these collaborations with only industry folks, but instead we balance them with consultants from the outside of branding. We have psychologists, photographers, amateur soccer players, students, painters, … working together with strategists, researchers, brand event producers,… in order to put together strategy for clients, activation plans and brand campaigns. That structure is kind of like having brands working directly with consumers to create their branding. The results have been incredible and again, it doesn’t feel connected to culture but instead part of it.

Q: Given that you’ve spent many years studying Korean, Mexican and Brazilian culture while living in the USA, can you pick one component of each of those countries that you consider the most interesting?

A: First is to acknowledge that each of these countries have their own ways of seen the world, shaping their society and even consuming, so is imperative to understand that a westernized approach won’t truly succeed. In regards of Korea I love how their youth is constantly reshaping itself culturally and how they are extremely resourceful in order to get from other places and recreate their own but also maintaining a foundation with their culture, which translates into an immense influence worldwide (I see something similar in Caribbean countries such as Jamaica and Cuba). In regards of Mexico I love how Mexico City is the less Americanized city I ever been, and the pride they have about their culture is gigantic. They carry so much pride in their creativity that is like a friend once said “even street food here is gourmet”. The Mexican notion of arts, architecture, music, food,… is superb. And for me one of the great things about Brazil is how our country has many countries inside itself, and mostly has an Afro-Indigenous way of structuring it’s society, despite a colonial oppressive system. The Brazilian youth have this incredible way of constantly creating new forms of culture, aesthetics, ways of thinking, and in may perspectives they are on the forefront of progression when it comes to LGBTQ topics, Black empowerment and Womens rights. The world would be a better place if learned from the Brazilian youth 😉